on falling in love in south america

so, i've been doing really quite horribly with my task of blogging once a week during this new year. i guess planning a wedding and honeymoon and getting my husband (i have a husband now...!!!) all set up with his green card application in six weeks has taken a little bit of precedence. and rightfully so! but i'm back, and ready to share sooo much goodness with the internet world (aka you!)

a lot of people have been inquiring lately about some of the details of my relationship with mateo. they want to know how it all started. how on earth it all happened! it's like, one second i was on this around-the-world adventure, and now all of a sudden i am married (WHAAAT?!) to this cutie from south of the equator. i can't tell you how many times throughout the spring/summer i got, "wait, are you dating a spaniard? (or mexican, chilean, colombian, whatever flavor suits your fancy...), so i guess it's time i spill the details. this will probably be lengthy and inevitably be mushy, soooo proceed with caution. you'll probably only want to read this if you're like a super crazy hopeless romantic, my mom (who already knows all of this anyway), or my best friend.

i feel the need to start this little post out with an enormous disclaimer: i did not intend to fall in love while living in south america. i just really didn't. i did not go to peru to find a husband. i wasn't ridiculously lonely in the u.s. or determined to get married right away or desperate for a significant other. i never, ever, in a million and two years would've guessed that i would now find myself in this position, married to a foreigner.

before i left for peru, a few of my guy friends and brothers hassled me about falling for a peruvian. in fact, i distinctly remember running into my friend at the grocery store a few weeks before i left for my trip. he informed me that he knew i was going to marry a peruvian because that's what happened to his friend who went there to work. she got married and lives in peru to this day! i just shrugged him off with a "yeah right, i'm probably going to be taller than 98% of the men in peru!", and i really, truly never thought i'd ever date a peruvian... much less marry one!

but then came mateo.

i had been living in peru for about a week when i met mateo. i was through the initial culture shock, and i was pretty used to most things in peru. the first time i saw mateo, i was with anna and a few other of our friends, arriving to a stake young single adult activity--karaoke (hilarious, by the way). i looked down the sidewalk and saw a couple approaching. in my head, i thought, "wow, that's the best looking guy i've seen since being down here!" and, "so of course he has a girlfriend." as i stepped out of the taxi, mateo did a TRIPLE TAKE. okay, so yeah... clearly he was really into his girlfriend. the best part of this is that mateo totally owns up to the triple take. no shame!

for the next several weeks, our interactions were brief and friendly. mateo had a girlfriend, and anna and i just really enjoyed watching their dynamics. i won't expand here, but let's just say there was a reason that we watched. but mateo and i would occasionally chat, and he always seemed really excited to see me and try to speak english to me (which honestly wasn't that weird; anyone who knew a lick of english down there felt the need to show off to us). mateo and said girlfriend ended up calling it quits, right around the same time of a big ysa conference.

mateo and i ended up in the same service group for this conference and spent the morning cleaning up the streets of cajamarca. as custom, we got a lot of stares and calls from random people on the street as we were working because... well, let's just say that two gringas picking up trash from the gutters in peru is about as common as ____(insert something really, really, ridiculously rare here)__________. so in the middle of all of this, some grumpy old man hollered to me from his doorway about how amazing it was for a gringa to be serving. feeling all full of the spirit and everything (service does that to ya, you know?), i smiled politely, chatted with him for a second, and continued on my way. mateo ended up getting in a conversation with him, however, and i felt a distinct impression that i needed to go back and talk with this guy, maybe invite him to church or something to cheer him up. i was feeling really brave (i'm always about a billion times braver in español), so i circled back and joined in the conversation. i asked the man a little bit about his religion, whether or not he'd ever heard of the mormons, etc. etc., and that reallllly seemed to get him going. he for some reason launched into this giant rant about this big political issue in peru involving mining. and the conversation just got really very confusing from there. i was over here trying to tell him about jesus, and he's yelling about mormons and mining and how the mormons won't let him post controversial banners on their chapel fence (?), and mateo is trying to be all politically correct and level headed, and in the midst of it all, i managed to agree to visiting a mine to protest with him? i never really understood how that part happened, but mateo was quick to cover for me. and somewhere in this conversation, i joked about not ever getting married (logical tie to the conversation, i know), and mateo turned to me with this alarmed look on his face and goes, "POR FAVOR! you are definitely going to get married!!!"
and that's how i got that first inkling that he was maybe sorta kinda crushing on this gringa over here.

it was during this day's interaction that i learned a lot of really great things about mateo. he really impressed me. he was interested in the world, he loved science and math and engineering. he was devoted to god and his family and his church. he liked helping people and was really easy to talk to. he loved to read. i was intrigued.

we started talking more and more the following week-- but about more than just annoying and flirtatious stuff. we'd talk about literature and future plans and goals and dreams. he told me of his love for the book the count of monte cristo, and i knew right then he was something special. 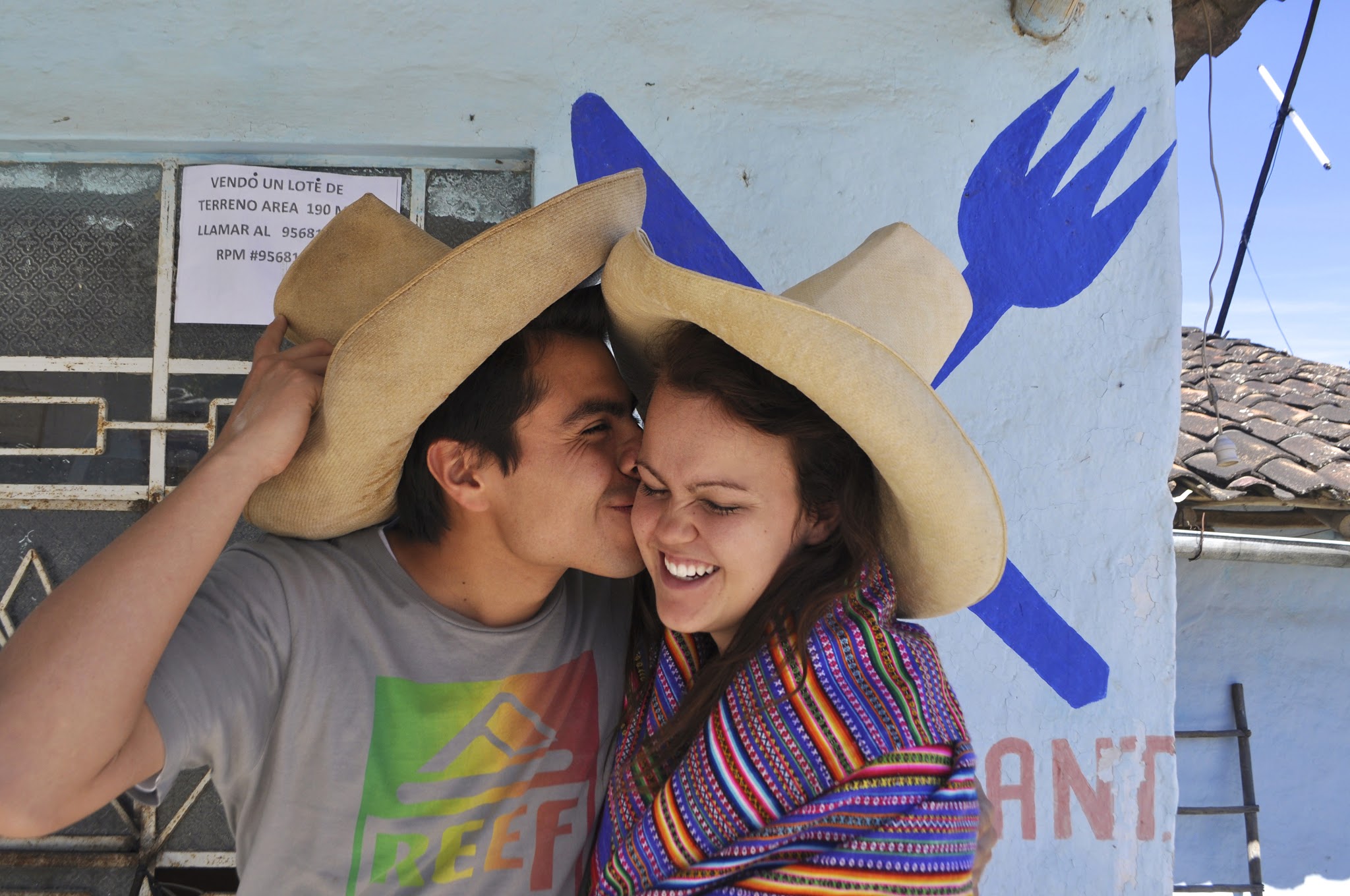 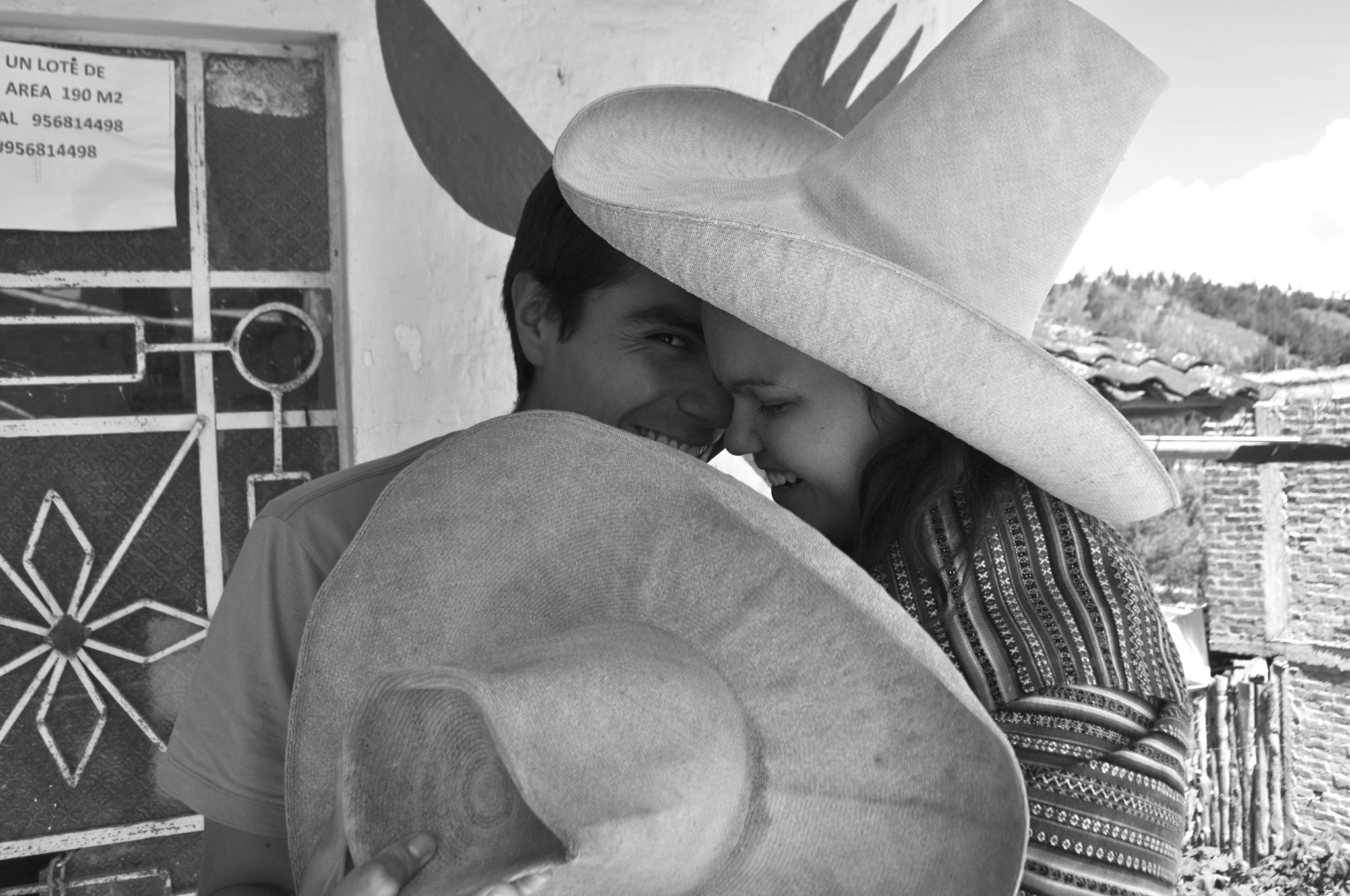 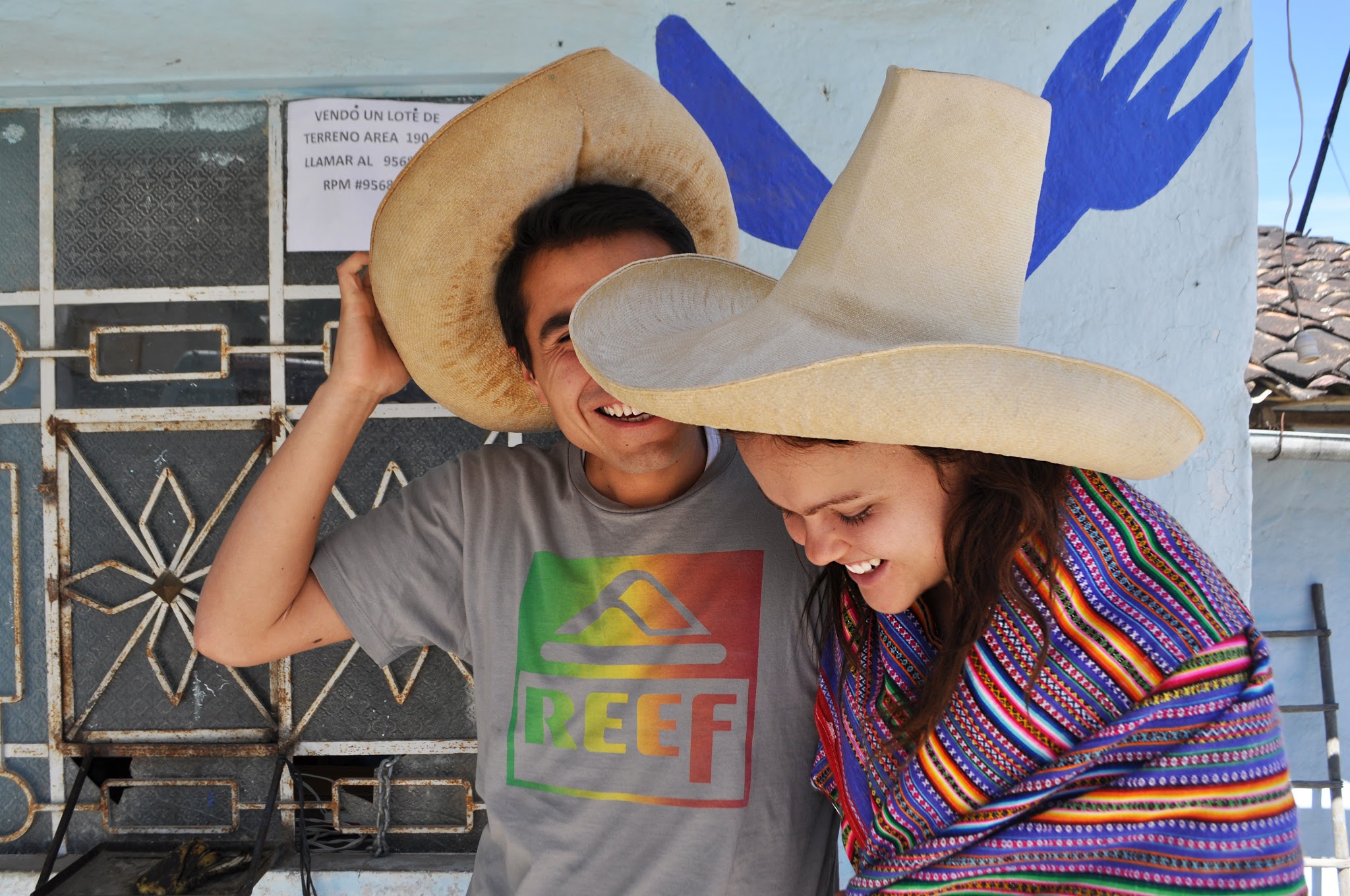 falling in love in south america was likely the most profound, unexpected, and god-sent event of my whole life. it happened fairly quickly (especially for that guy i now call my husband) and was all sorts of terrifying and amazing at the same time.

i mean, who would have thought i'd meet my perfect match halfway across the globe? mateo is the kindest, most positive, gentle person i've met (and about a billion other wonderful qualities combined, of course), and i thank my lucky stars daily that we ended up meeting at that karaoke event and somehow wound up together in the end.

so...! that's how the story goes. or starts, at least. lucky for you, i've got a few more installments of our story up my sleeve. so check back soon for part two.

Oh my precious! I am totally the hopeless romantic type. So write on, Anna. Write on!!