a few months after we got our cuzco bear, we realized that something wasn't quite right. whenever he would realize we were getting dressed to leave for the day, he'd stick his head underneath the desk or hide in the corner...  he wouldn't even accept any treats from us!
obviously this separation anxiety was not okay with us, and with a pending trip to peru and mateo starting school, we just couldn't keep leaving him. it hurt my momma heart too much.

so one day, mateo goes, "what if we get another dog?"
at first, i thought the idea was preposterous. but then somehow mateo's suddenly searching the internet for puppies and i'm falling in love with all of them, and we're driving up to northern maryland to get another one.

enter: lola.
we obviously really wanted a dog that got along with cuzco, so we brought him along with us. it was a little bit difficult to initially pick cuzco out from all of the other pups in his little, so i was worried we'd have a hard time choosing the second one, especially because lola's litter was much more diverse (pups with spots and all sorts of fun little markings!), but it was actually the easiest selection process in the whole wide world.

before we could even shut the gate of the play pen, our lola raaaaced out and started playing with cuzc. i don't think he knew what hit him! she pounced right on him and just wouldn't stay away. and that was that; we were sold on cuzco's little twin sister (wife). 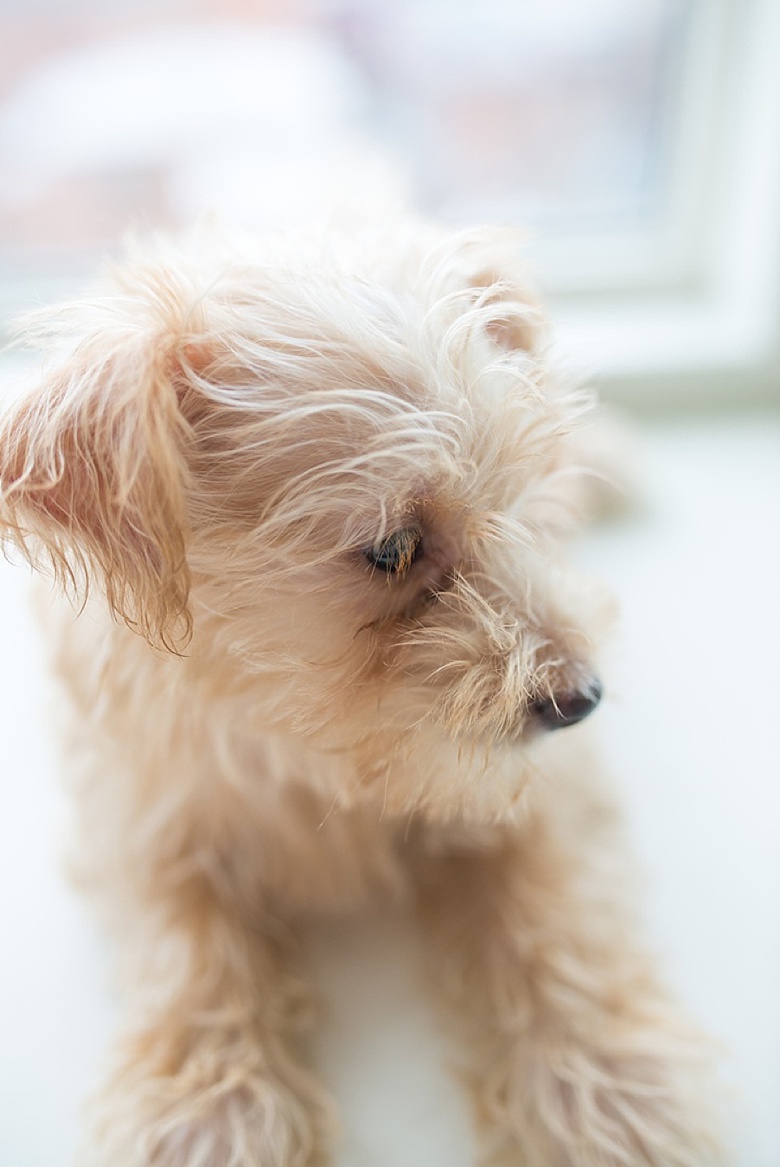 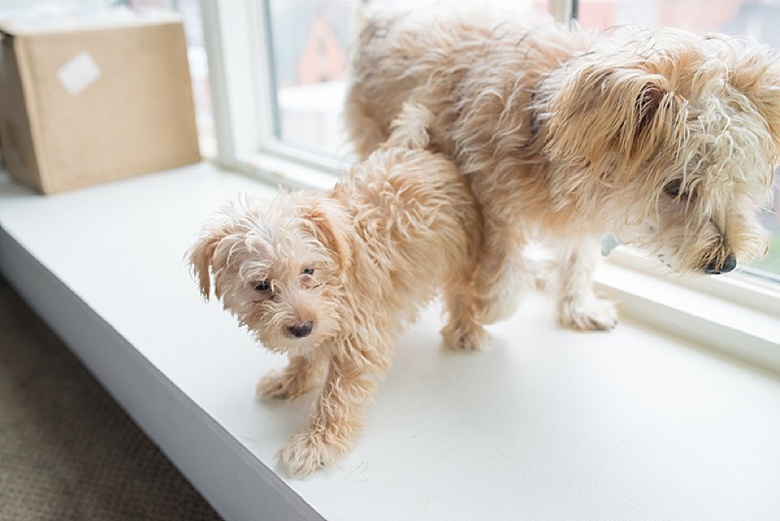 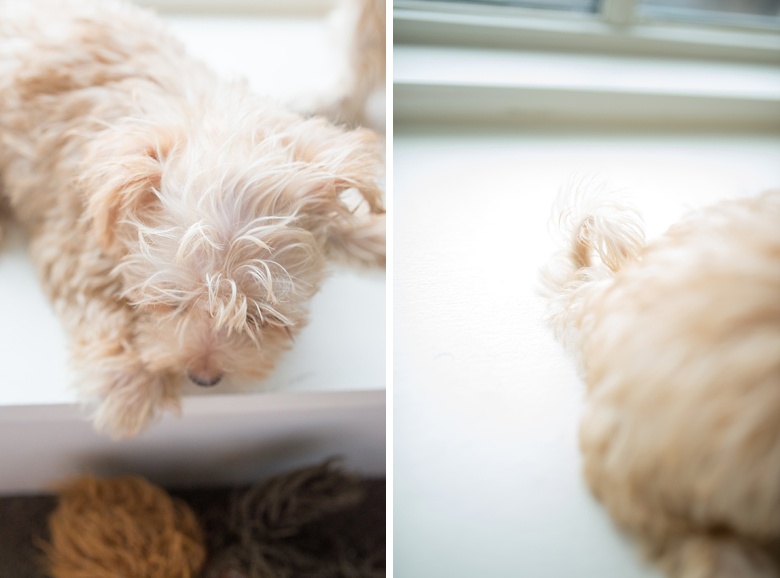 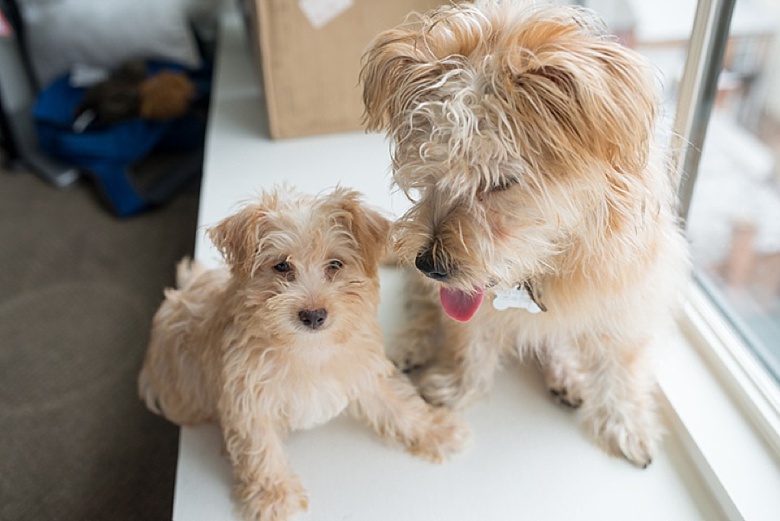 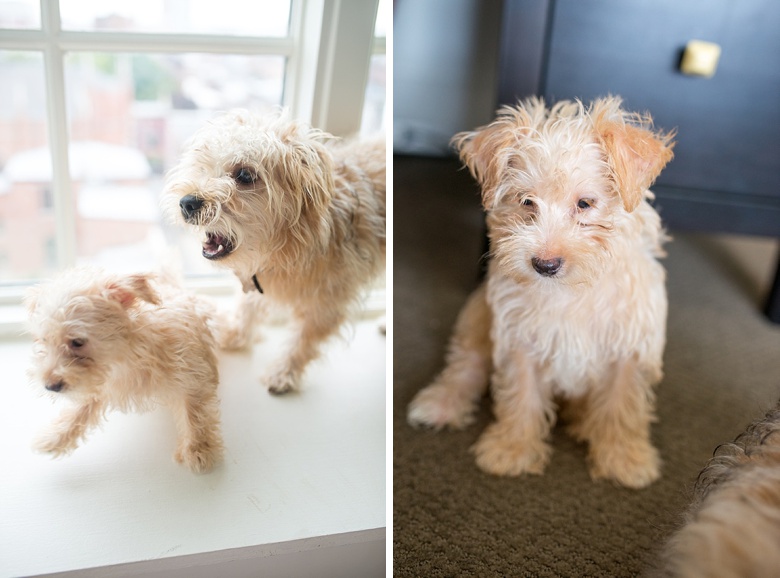 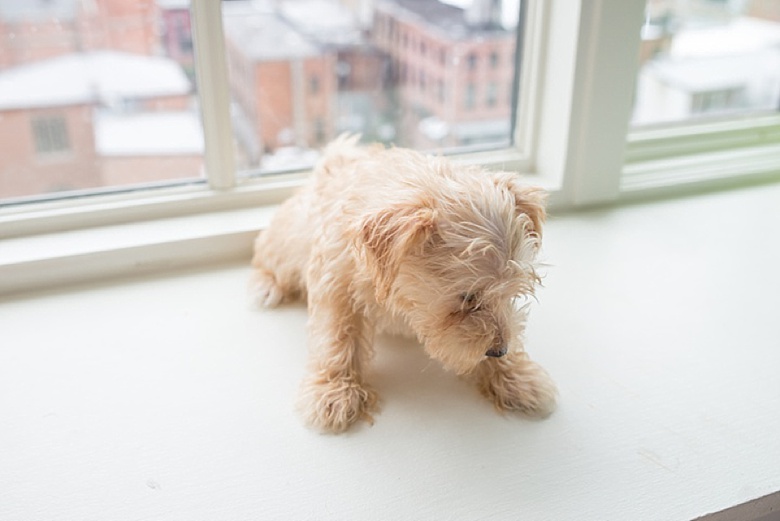 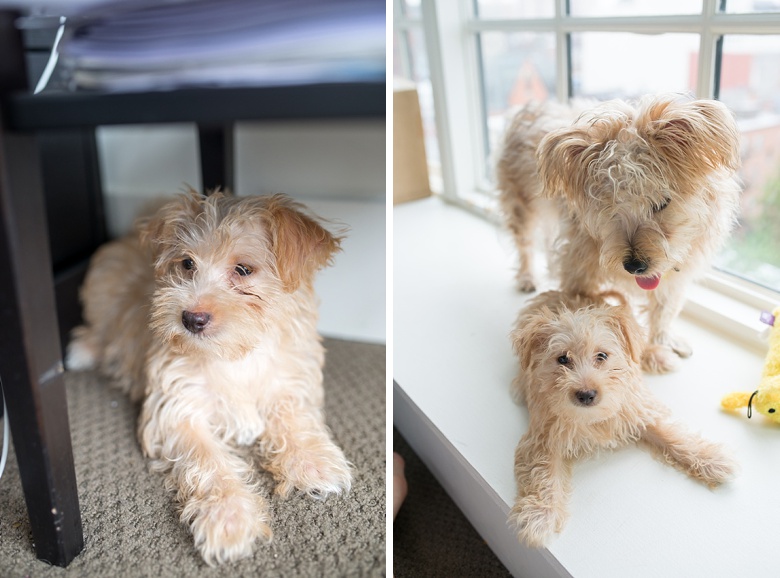 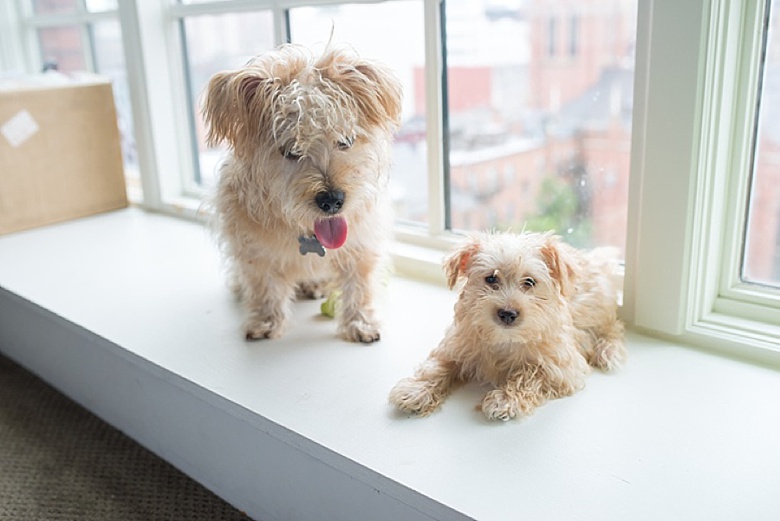 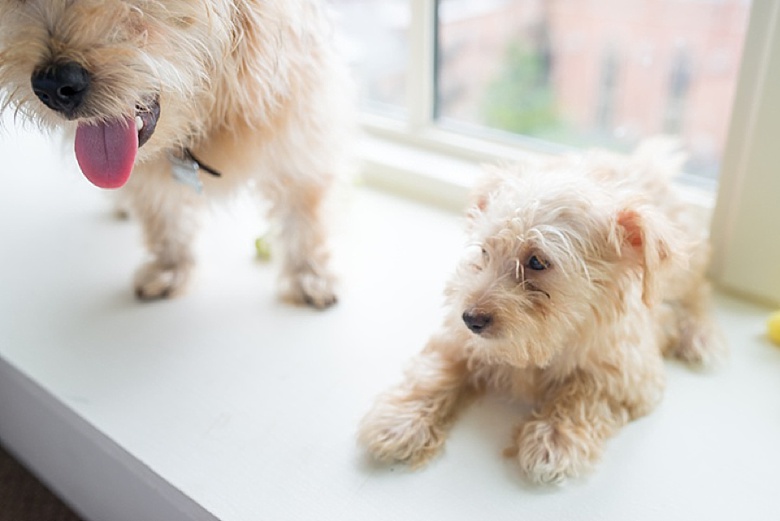 lola is also half yorkie, but she's also half maltese. the designer dog people of the world would call her a "morkie," but i call her my honey bunny. she was initially super obsessed with cuzco and shy with all humans, but once she realized who gives her the treats (she's the treat queen!), she's pretty attached to us too. so attached, in fact, that her new favorite place to sleep is on my pillow, curled right around my head!

good thing we all love her so much.

welcome to the family, little one! XO.
posted by Anna Fabian